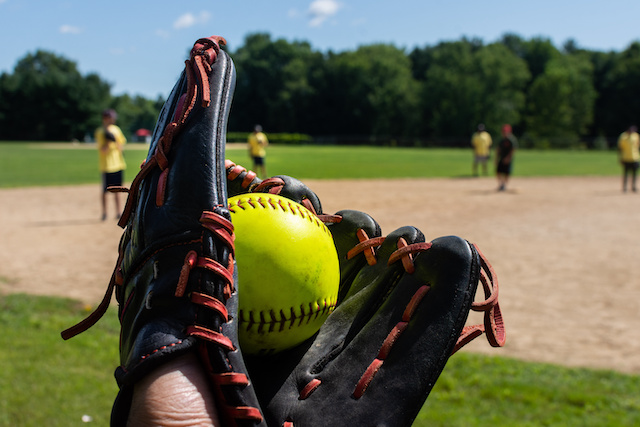 In my mid twenties I joined a softball club. I played for a short time at school and wanted to take up the sport again.

Being a non-professional club, all players were expected to regularly undertake umpiring duties. You would start by being a line umpire, while the more experienced players would undertake the main umpiring duties. These are the umpires that crouch right behind the catcher calling strikes, balls and ‘You’re out’.

After a couple of years, I was ‘voluntold’ by the President of the club to umpire a match as the main umpire. While I was capable enough, it was still very daunting.

Just before the match, I was speaking to the President who was also a teammate. Hence, she knew me well. I suggested to her that before the match I would tell both sides that this was my first match I have ever umpired as the main umpire. So, I might make mistakes but go easy on me.

I still remember her looking me in the eye and saying, ‘No you won’t say that. You will go out there and make the calls confidently, like you have done this many times before. No one needs to know this is your first time.’

She followed this up with, ‘I would not have asked you to umpire if I didn’t have full confidence in your capability to do so. You’ve got this.’

And you know what?

I did have it. I called every ball, strike and out, with more and more confidence each time.

The positive offshoot was that my confidence also filled the players and their supporters with the confidence that I had made the correct calls. No arguments, no descent and no feeling they had been short-changed with an inexperienced umpire.

I am sharing this with you because often in business our own lack of confidence can have a negative impact on the people around us.

You see this often when people get a promotion.

No one gives you a promotion if they don’t think you can do the job… NO ONE. They are a better judge of your capability than you.

You are not faking anything.

You have the capability. Your confidence may just take a little while to catch up.

So, when you are next feeling a lack of confidence, acknowledge it and look in the mirror and say, ‘You’ve got this.’

Because you no doubt have.